The Ovarian Lottery and Other Side Projects

I've had some free time the past two weeks to work on a few random ideas I've had.

They all largely involve probability/statistics and have no practical or monetary purpose. If I was a painter and not a programmer you might call them "art projects".

One project deals with categorizing data into "Extremistan" and "Mediocristan". Taleb's books, the Black Swan and Fooled by Randomness, list a number of different examples for each, and I thought it would be interesting to extend that categorization further.

The second project I'll expand on a bit more here.

Warren Buffett coined the idea of the "ovarian lottery"--his basic idea is that the most important factor in determining how you end up in life is your birth. You either are born "lucky"--in a rich country, with no major diseases, to an affluent member of society, etc.--or you aren't. Other factors like hard work, education, smart decision making and so forth have a role, but play a relatively tiny role in determining what your life will be like.

I thought this was a very interesting idea and so I started a program that lets you be "born again" and see how things turn out. When you click "Play", theOvarianLottery will show you:

First, I thought theOvarianLottery would take me an hour or two. I was wrong. It turns out the coding isn't hard at all--the tricky part is finding the statistics. Not a whole lot of countries provide detailed statistics on their current populations. Once you start looking up stats for human population before 1950, the search gets an order of magnitude harder. (I've listed a few good sources and resources at the bottom of this post if anyone's interested)

Second, I've found so many fascinating diversions while working on this. I've encountered cool stats like:

But cooler than interesting descriptive statistics are the philosophical questions that this idea of the Ovarian Lottery raises. If I was a philosopher I might ponder these questions at depth and write more about each one, but I don't think that's a great use of time and so I'll just list them. Philosophy is most often a fruitless excercise.

How does the real Ovarian Lottery work?

My site is just a computer program. It's interesting to think about how the real ovarian lottery works. Is there a place where everyone is hanging out, and then you spin a wheel and your "soul" is magically transported to a newborn somewhere in the world?

What if the multiverse theory is correct?

If the multiverse theory is correct, then my odds are almost certainly off. In other words, theOvarianLottery assumes there's only 1 universe and extrapolates the odds from that. If there are dozens or infinite universes, who knows what the real odds are.

What role has chaos played in the development of humanity?

If you go back to around 10,000 B.C., somewhere around 2-10 million people roamed the planet. Go back earlier and the number is even smaller. It's interesting to think of how small differences in events back then would have created radically different outcomes today. I've dabbled a bit into chaos theory and find it quite humbling.

What does the fact that we are alive today tell us about the future?

Depending on the estimate, between 4-20% of all humans that have ever lived are alive today. In other words, the odds of you being alive right now (according to my model) are higher than they've ever been. The odds of you being alive in 10,000 BC are over 1,000 times less. If humans indeed go on to live for another ten thousand years and the population grows another 1,000 times the odds of you being born today would be vastly smaller. In other words, if my model represented reality than we could conclude that odds are high that the human population does not continue growing like it has.

What's the future shape of the population curve? 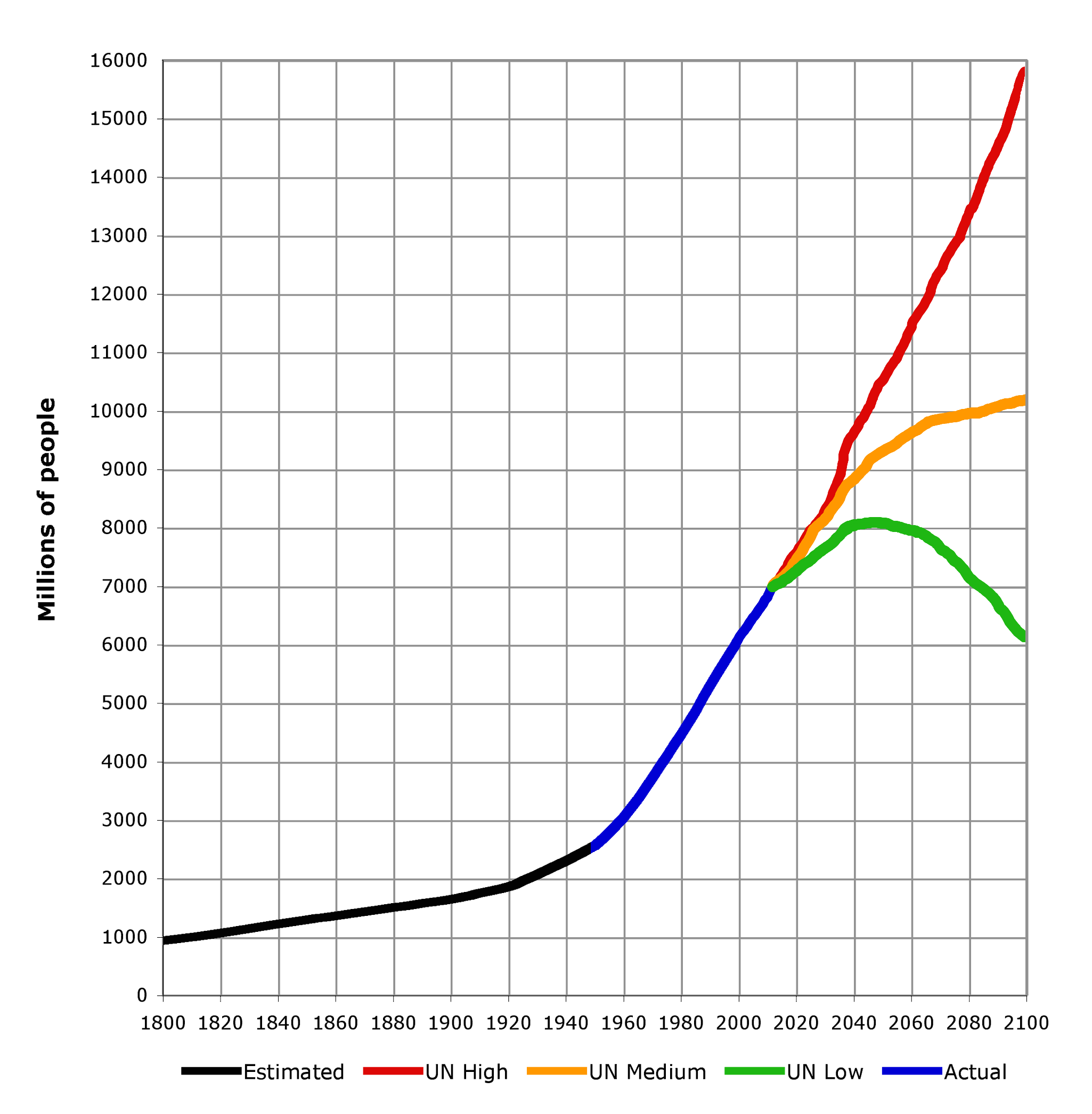 The growth of human population has followed an exponential curve. How long will it last? Will earth become overpopulated? Will we invent technology to leave earth? Will human population decline? Human population growth is hard to predict over any long term time period.

Complete Uselessness of This Model

I don't believe you can take the concept of the Ovarian Lottery any more seriously than you can take religion. It provides food for thought, but it doesn't provide any real answers to much. The stats though could certainly be used in debates.

I hope to finish up theOvarianLottery and slap a frontend on it sometime in the future.